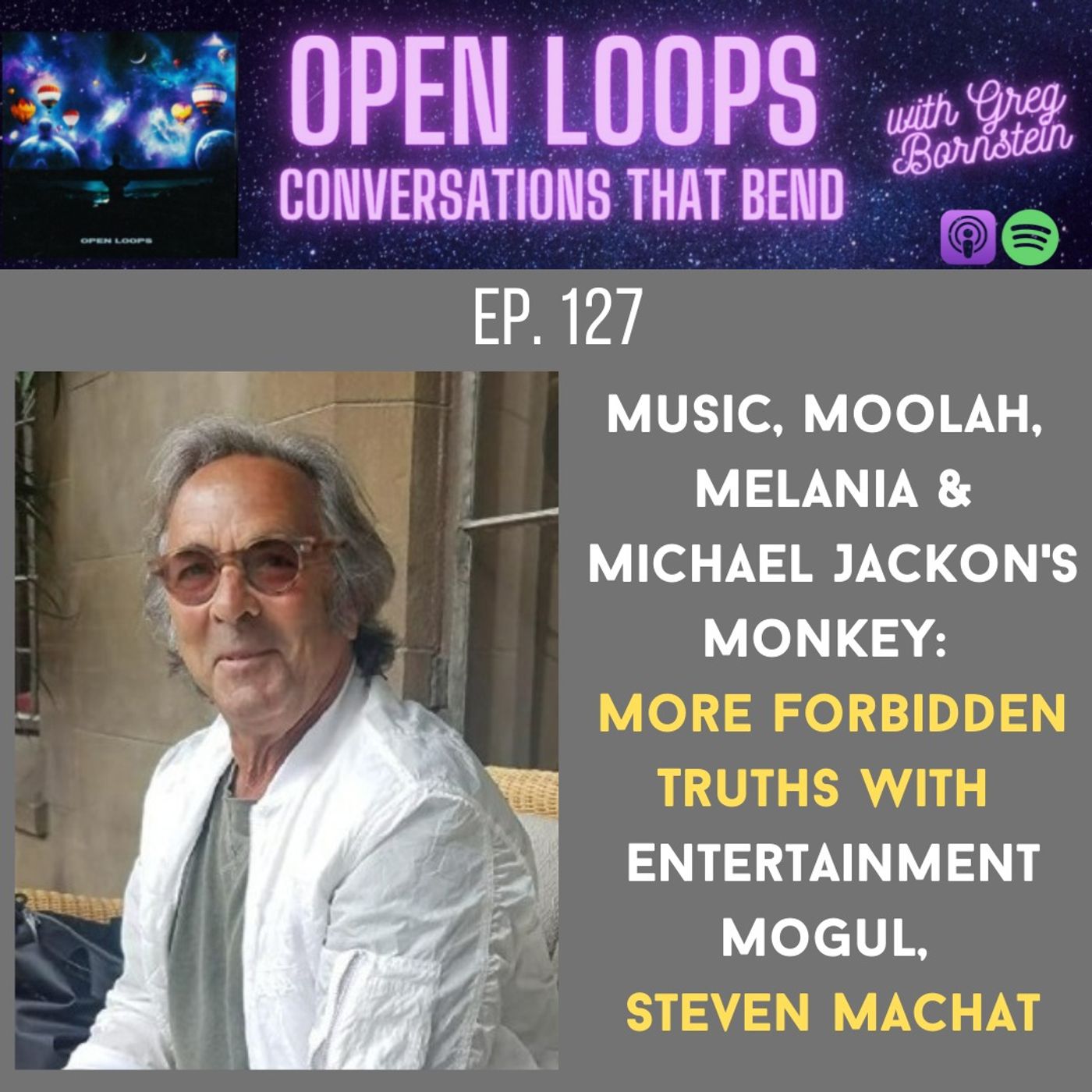 If you enjoyed this podcast, please leave a review! It would help a lot. Go to ratethispodcast.com/openloops

And we love him for it.

Steven Machat is one of the World’s most successful entertainment moguls. He is an American entertainment attorney, film producer, author of five books, music publisher, and manager of talent, as well as an owner of Grammy nominated record labels who has taught and lectured at such prestigious universities as Oxford and Cambridge, in England, music festivals, and book fairs in more than 100 countries.

Listen in as he tells Greg the truth about Melania Trump, what’s really going on in Syria, the origin of gold, what’s buried beneath the Dome of the Rock, what Stan Lee knew about the aliens, and most critical of all, the story of what happened when Steven met Michael Jackson’s monkey, Bubbles.

Steven will overload you with contrarian views on everything you hold to be “sacred,” while making you feel more in tune with your own truth in the process.