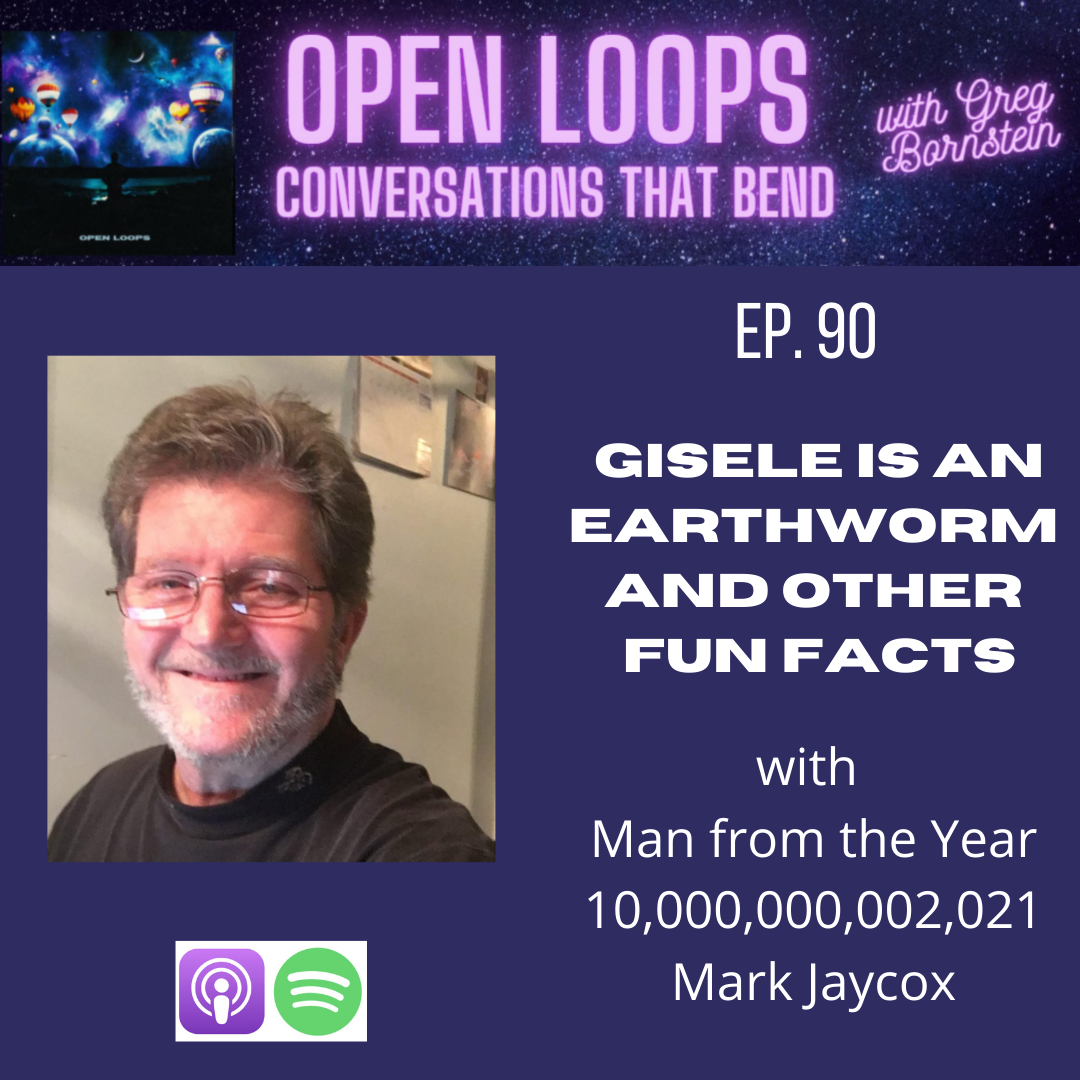 WARNING: DO NOT EXPECT COHERENT CONVERSATION IN THIS EPISODE.

WARNING: THIS EPISODE WILL OFFEND ALL YOUR SENSES

WARNING……The most bizarre episode Greg has ever released.

He also believes he is the inspiration for MIB 2.

He also claims he was in a time machine and split into two, going far back in time but also far forwards.

He sees the world from ten trillion more years omniscience than you do.

Or so he says.

This episode is not what you’d expect for a traditional Open Loops episode.

It’s not even something most of you will be able to follow.

Greg attempts to connect with someone that claims he is The Twilight Zone and that he invented AI.

Is this hypnosis? Is this fact? Is this performance art?

If you enjoyed this podcast, please leave a review! Even a sentence can help. Please go to ratethispodcast.com/openloops