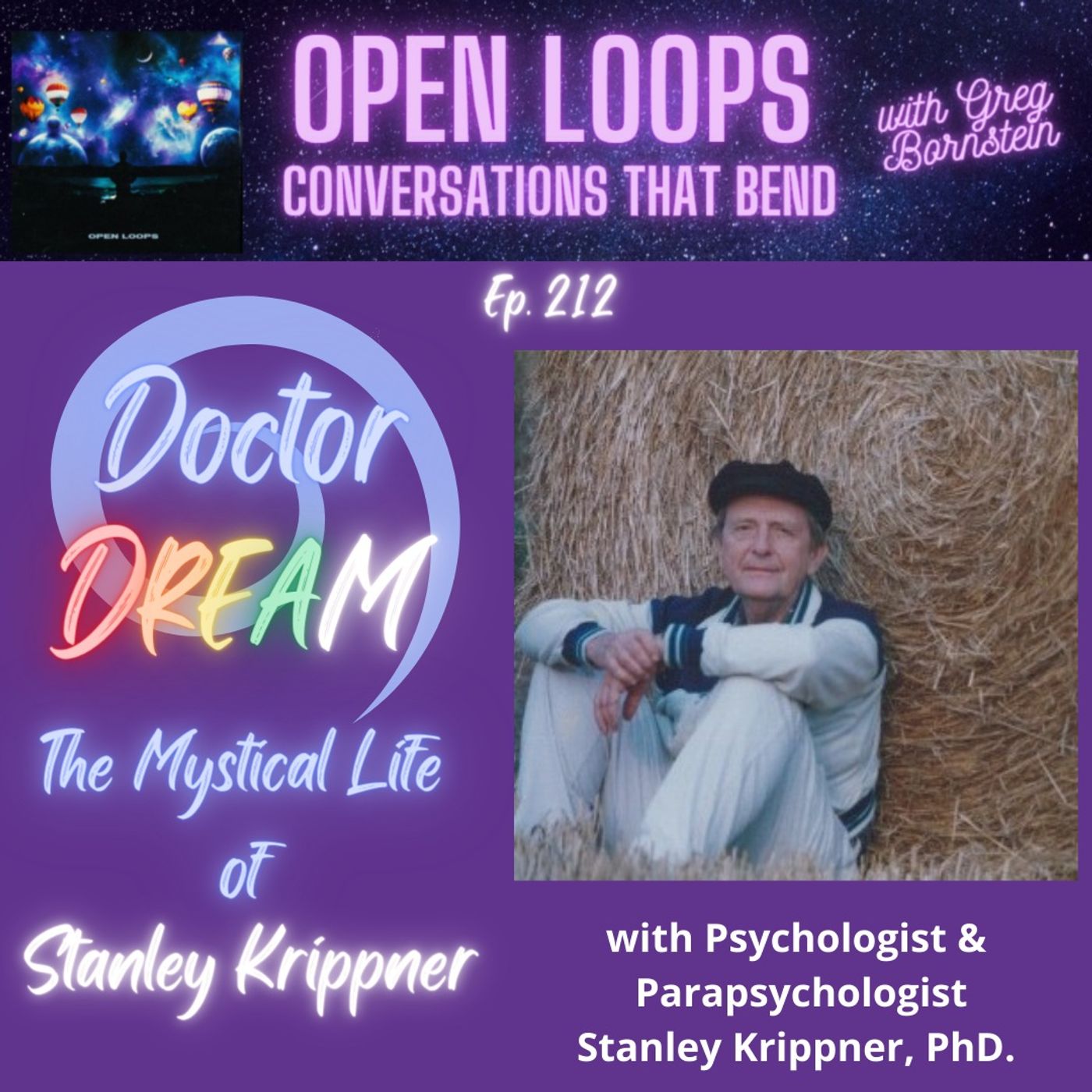 Once, in every lifetime, you encounter a legend in their field.

Even rarer, you encounter a legend in multiple ones.

Even more anomalous, you encounter a podcast guest that Greg doesn’t want jokes written about in the show description because of how LEGENDARY and IMPORTANT this person really is.

Dr. Stanley Krippner is that man.

Here’s his bio, as written on the Institute of Noetic Sciences website: “Stanley Krippner, Ph.D., is the Alan Watts Professor of Psychology, Saybrook University, Pasadena, CA. and the former Director of the Dream Laboratory, Maimonides Medical Center, Brooklyn, NY. He has received lifetime achievement awards from the Parapsychological Association, the International Association for the Study of Dreams, and the Society for Humanistic Psychology. He is the past president of all three groups as well as the Society for Psychological Hypnosis which awarded him its 2002 Award for Distinguished Contributions to Professional Hypnosis. Krippner is a Fellow of the Society for the Scientific Study of Religion, the Society for the Scientific Study of Sexuality, and five divisions of the American Psychological Association, which granted him its 2002 Award for Distinguished Contributions to the International Development of Psychology. He is co-author of the award-winning book Personal Mythology, and co-editor of the award-winning book Varieties of Anomalous Experience, and has authored or co-authored over 1,000 peer-reviewed articles.”

If you’re curious about shamanism, hypnosis, extra-sensory perception, dreams, mythology, sexuality, altered states of consciousness, the human soul….Stanley has led research in it. He’s been on the frontier of scientific investigation into the anomalous, as well as Consciousness, for decades and decades. He’s carved the way for podcasts like this to even be possible.

In this episode, Greg encounters The Legend.

Take a listen. It’s worth it.

Enjoy the show? Go to ratethispodcast.com/openloops to let Greg know.