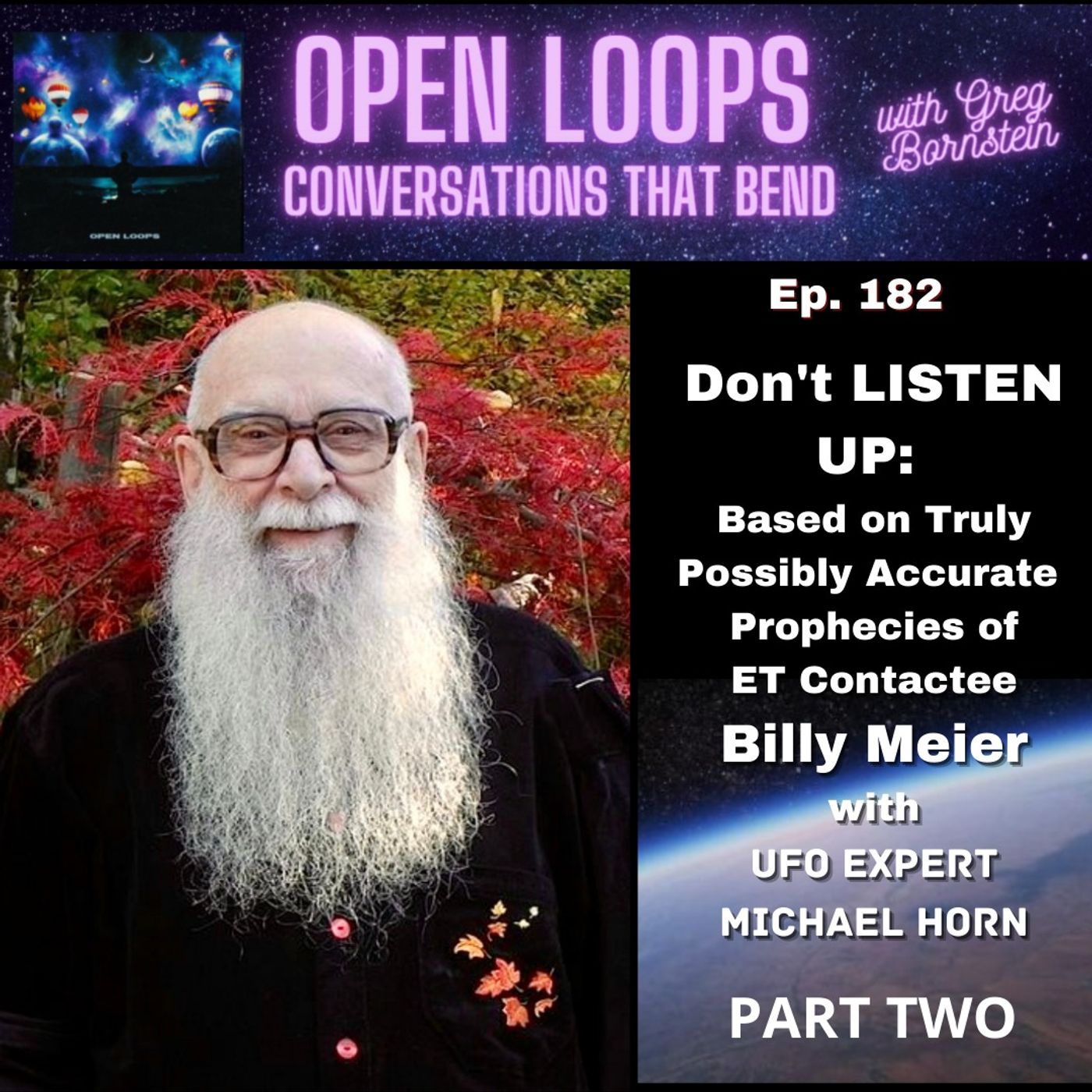 If you’re interested in booking a hypnosis session with Greg, you can have a free discovery call here:  bit.ly/greghypno

If you watched that new Jennifer Lawrence-Leonardo DiCaprio movie on Netflix about the asteroid…..you might or might not want to listen to this podcast.

Switzerland’s Billy Meier has been communicating with ETs since he was a toddler. He’s been taking down notes and messages from them ever since. He’s been on-board multiple ships. He’s taken crystal-clear, scientifically-tested photographs of the flying saucers. And they’ve been teaching him about spirituality, consciousness, the order of the cosmos, science, love, and pretty much everything else you can imagine ever since.

That’s not even the weird part.

If you look at his notes (The Prophecies), and really take the time to study everything Billy has transcribed since the middle of the 20th century, these Plejarens have been calling way-too-accurate world events out ever since. Decades in advance.

In this two-part series, UFO Expert and American Representative for Billy Meier, Michael Horn, gives Greg a massive head-spin of cosmic knowledge that’s so intense, he may never recover.

Michael has researched UFOs for 42 years, is also an international lecturer, award-winning documentary filmmaker, and a former SETI team member.