Operation Mindf*ck: Qanon and the Art of Perceptual Psychology with Robert Guffey

Operation Mindf*ck: Qanon and the Art of Perceptual Psychology with Robert Guffey 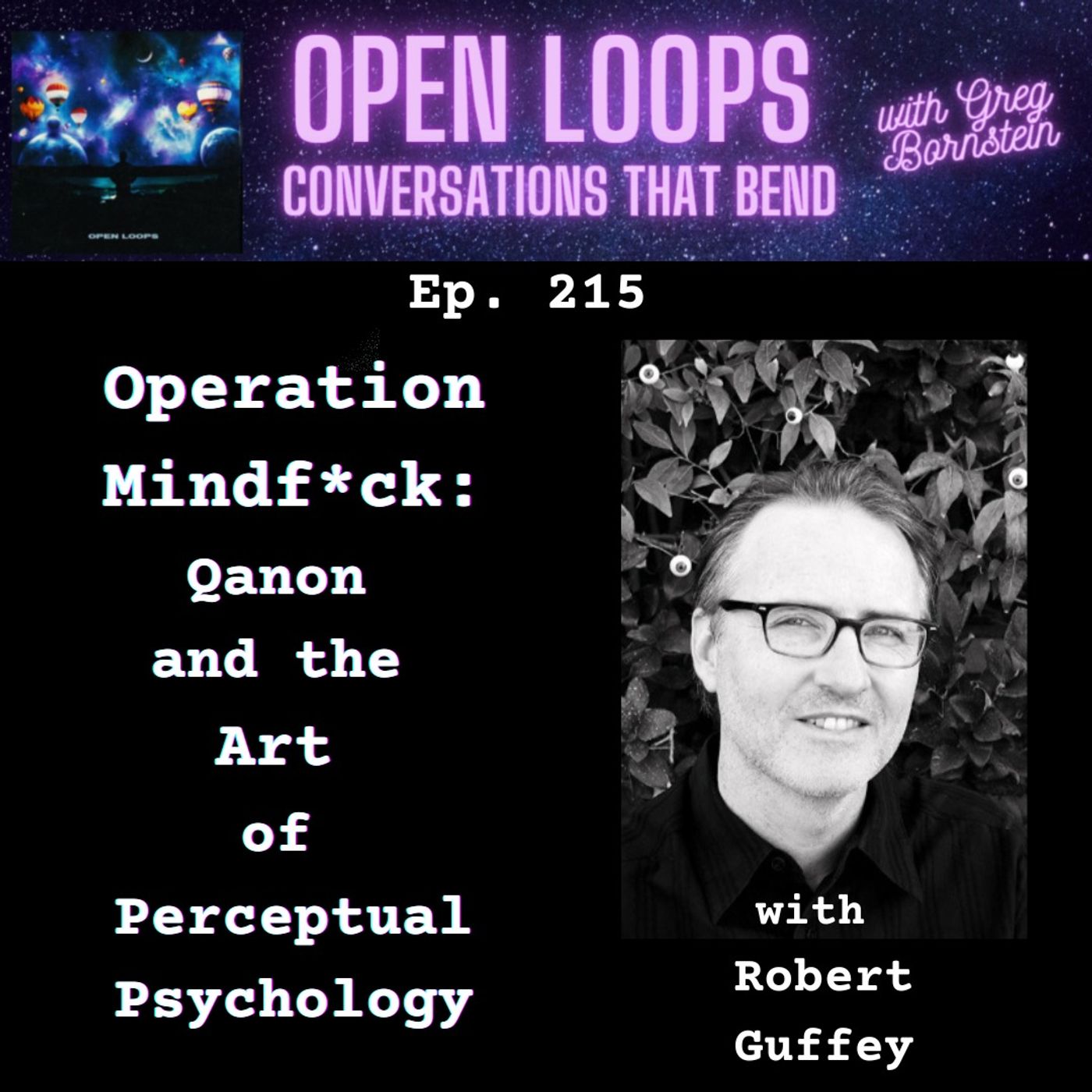 Can “conspiracy theory” be considered a work of art?

Robert Guffey, author, researcher, professor, and lecturer at California State University–Long Beach joins Greg to talk about how his early awe at underground conspiracy theory literature led him to becoming an expert in the field.

More importantly, it gave him the knowledge to deconstruct the entire Qanon phenomenon as a psychological operation like none other.

If you never understood Q before, this conversation will blow your mind.

PS. If you’re not comfortable with swear words, well, f$%#k.

Robert’s Bio: Robert Guffey is a lecturer in the Department of English at California State University – Long Beach. His most recent books are Widow of the Amputation and Other Weird Crimes (Eraserhead Press, 2021) and Bela Lugosi’s Dead (Crossroad Press, 2021). Guffey’s previous books include the darkly satirical, apocalyptic novel Until the Last Dog Dies (Night Shade/Skyhorse, 2017), the journalistic memoir Chameleo: A Strange but True Story of Invisible Spies, Heroin Addiction, and Homeland Security (OR Books, 2015), which Flavorwire called, “By many miles, the weirdest and funniest book of [the year],” the novella collection Spies & Saucers (PS Publishing, 2014), and Cryptoscatology: Conspiracy Theory as Art Form (2012). A graduate of the famed Clarion Writers Workshop in Seattle, he has written for numerous publications, among them The Believer, Black Cat Mystery Magazine, The Evergreen Review, The Los Angeles Review of Books, The Mailer Review, Phantom Drift, Postscripts, Rosebud, Salon, The Third Alternative, and TOR.com.

Robert’s Links: Pre-Order Operation Mindf*ck: Qanon and the Cult of Donald Trump  from OR Books here.